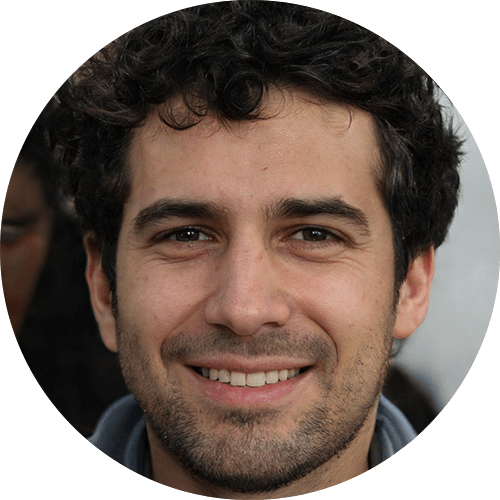 No matter whether you are just rescuing tourists who are lost in the Icelandic wilderness, or conquering the top of the mountain with someone close to you, every second counts. This is the motto of the Luminox brand founded in 1989, which was created out of the desire to provide customers with high-quality sports watches with excellent readability even at night. The very name comes from the two Latin words ‘lumi’ and ‘nox’, which mean light and night. 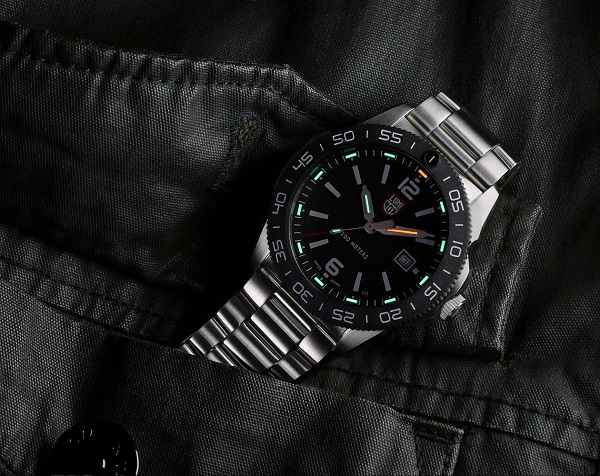 Since the beginning of the brand’s existence, watch dials have been illuminated by tritium-filled glass tubes (tritium is an isotope of hydrogen). Unlike SuperLumiNova, tritium doesn’t need to be charged and it can glow constantly for up to 25 years. Hands, hour indices and even markings on the bezels around the crystals can be illuminated using Luminox Light Technology. Thanks to this permanent readability, Luminox has been chosen as the supplier of military watches. Tritium contained in glass tubes is completely safe and doesn’t endanger the health of the wearer, as long as it isn’t damaged. 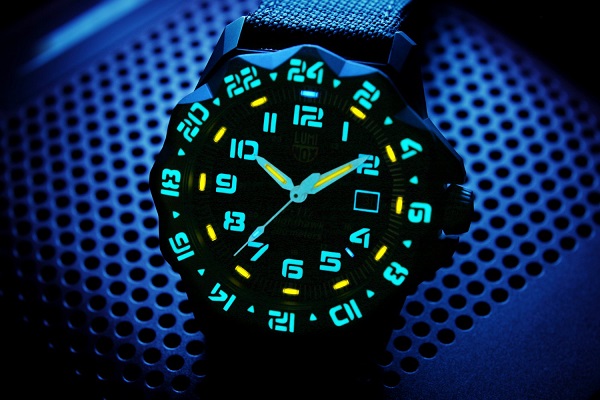 An important event in the history of the brand was establishing partnership with the United States Navy. In 1992, the founder of the Luminox brand, Barry Cohen, partnered with a naval officer who represented the Operational Test and Evaluation Force (OPTEVFOR). It’s an agency dealing with the operational testing and evaluation of military equipment. If OPTEVFOR provides a positive review, the product can be included into the equipment of the soldiers. This is how the Luminox Navy SEAL watch was created for the elite SEALs unit, operating in the sea, air, and land. It’s an excellent recommendation and an assurance that the offered products are durable and reliable. In the following years, orders for watches were placed by, among others, the United States Coast Guard, New York Police Department, the Republic of Singapore Air Force and Special forces of Israel. Today, the offer includes many models created with Navy SEALs in mind. They differ in colour as well as case and strap materials. All of them were created to meet the most difficult tasks. Many of the models, e.g. watches with the reference number 3502 and 3603 feature case backs with the famous trident that identifies U.S. Navy SEALs. 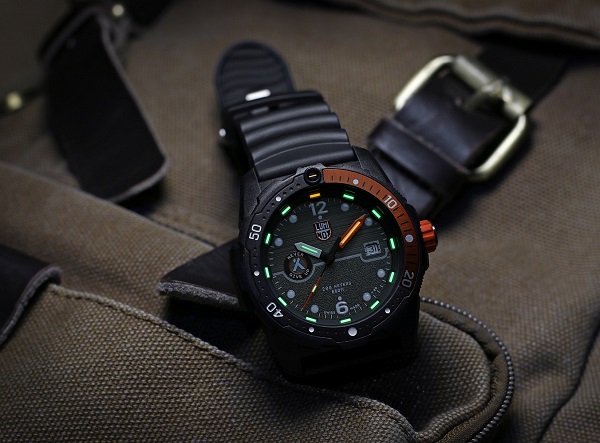 In 1998 the U.S. Air Force pilots, flying the undetectable F-117 Nighthawk™ Stealth fighter jets, approached the Luminox headquarters. This initial contact turned into a license agreement with Lockheed Martin, the aircraft manufacturer. As a result, the Nighthawk and Raptor watches were created. In the Luminox offer there are also models of SR-71 Blackbird, the historical strategic reconnaissance aircraft. The F-117 Nighthawk watch can be purchased with a kevlar strap or steel bracelet. Just like aircrafts, the watches from this series are full of curves and sharp angles. What’s more, they are finished with a dark colour, known as gunmetal. It can be said that the models perfectly reflect the characteristic features of aircrafts.

The Raptor model refers to the F-22 fighter aircraft and is equipped with a titanium case, a chronograph movement (with a stopwatch function) and a bi-directional bezel, which may be used as a slide rule for doing calculations, e.g. to convert speed units. 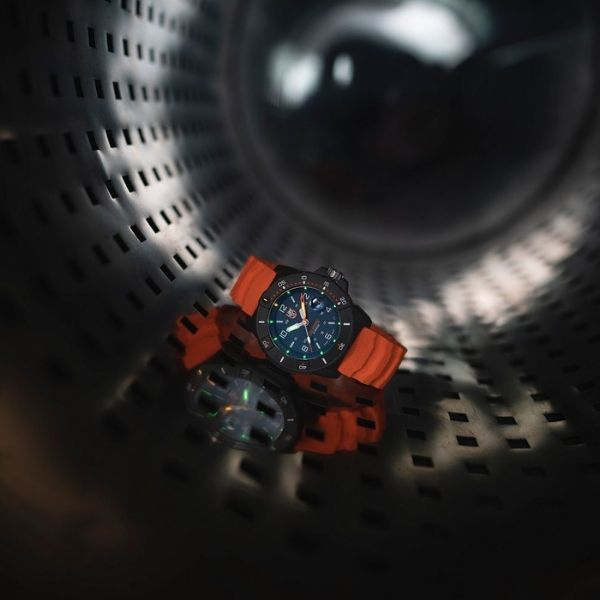 Carbonox™ is a carbon compound material that has been used in the production of some Luminox watch cases and bracelets since 2006. It contains, among other things, carbon fibre, which makes the watch durable and lightweight. These Luminox watches have gained fans all over the world and have become a viable alternative to steel, titanium or aluminium products. A few years later, Luminox launched another material, namely Carbonox+™, in which carbon fibers count for 40% of the compound. CARBONOX+™ features tensile strength that is twice as high as with the previous material, while water absorption is three times lower. Carbon-based cases have a distinctive black-grey colour. In addition, each one is different from the others because of the patterns in which the fibres are arranged. 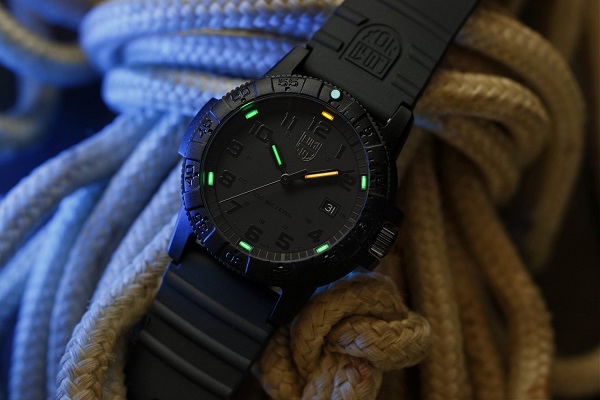 In 2017, Switzerland tightened the criteria for using the famous 'Swiss Made' designation on dials. All Luminox watches, even the most affordable ones, meet the requirements set by the Swiss administration. Thus, customers are assured that their watches are carefully made.

In 2020, Bear Grylls, the world’s most recognized face of survival and outdoor adventure, became the ambassador of Luminox watches. He climbed the summit of Mount Everest and crossed the Atlantic Ocean as well as the Northwest Passage in an open rigid inflatable boat. Bear Grylls definitely knows what equipment can handle the hardships of such daredevil undertakings.

Today, all customers, including amateurs of hiking in the wilderness and fans of Bear Grylls can buy innovative Luminox watches. Each watch from the Bear Grylls Survival Collection contains special elements which can prove to be useful when wandering in the wilderness. The models consist of the special scale on the bezel that is used for calculating walking/hiking speed. Their straps, however, feature the Morse code (used in need of sending SOS) and a functioning ruler, with one side being in inches, and the other in centimeters. They are also equipped with a compass. All models from the Bear Grylls’ series feature the British adventurer’s motto “Never Give Up”. 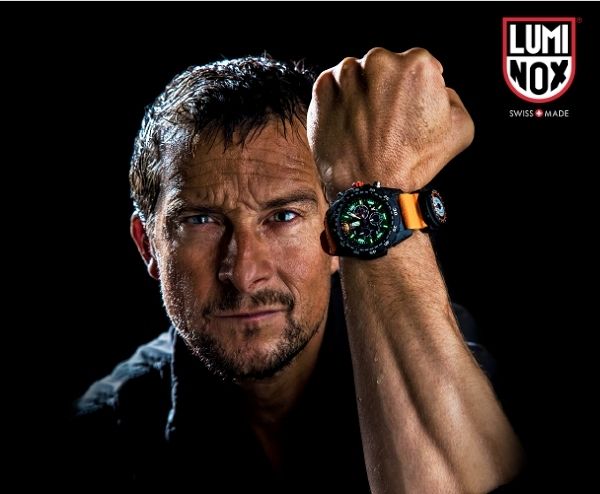 Luminox watches - tougher than you think

A Luminox watch is a Swiss product that meets extremely high requirements and helps professionals in crisis situations. It is appreciated by outdoor enthusiasts from around the world. You can be sure that each model from the Luminox offer will meet your expectations.

What does it mean to be “Swiss made”?

In defense of quartz watches!

Carnival Deals
Watches up to 60% off